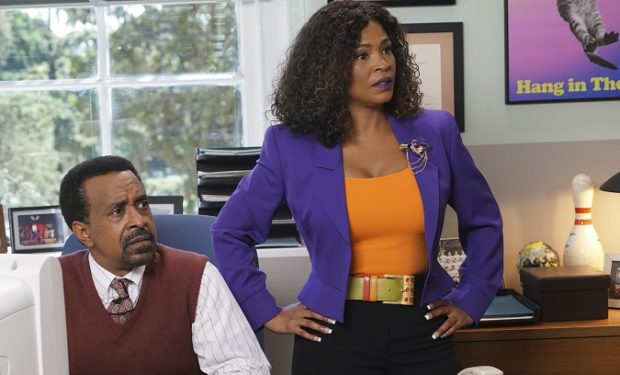 On The Goldbergs episode “The Goldbergs: 1990-Something,” John Glascott (Tim Meadows) is Head of School at William Penn Academy in the 1990s. When the former teacher struggles to lead a faculty of teachers, he brings in his tough-as-nails sister Lucy Somers to help. With Lucy are her two teenage daughters, Felicia (Rachel Crow) and Gigi (Summer Parker). Beverly Goldberg’s (Wendi McLendon-Covey) kids have already graduated but she can’t help but to stop by the school and help fix things.

“Big Mommas House” I came up @ da thrift store for 50¢ & man this was like what started it all 4 me & black women. Nia Long 4ever beautiful. pic.twitter.com/d8wFLKFfQa