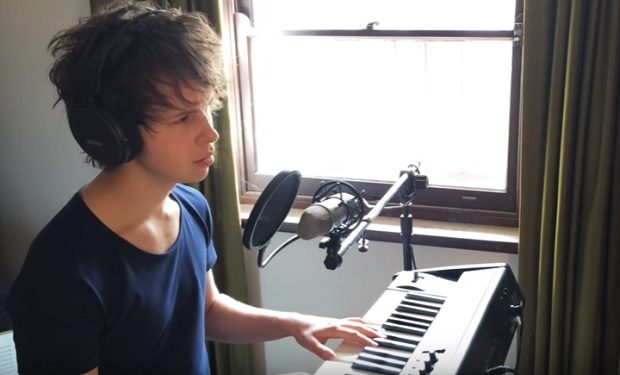 The number of adorable little girl singers competing on America’s Got Talent, Season 12 (including 9-year-olds Angelica Hale and Celine Tam) seem to outweigh the number of young male singers. Luckily, there’s Darcy Callus. The Australian singer/songwriter/jazz pianist will not only melt hearts with his messy haired teen throb appearance but he will also have the audience swooning to his original music. Check out his song “Don’t Be Fooled” below where he sings to a “Beautiful girl.”

The 26-year-old Aussie who now calls Los Angeles home was a finalist on Australia’s X Factor before auditioning on America’s Got Talent, which airs Tuesdays at 8pm on NBC. He was also an award-winning jazz pianist before turning to pop. He is a recipient of the Elder Conservatorium Directors Award. See him perform one of the most romantic songs ever written “Fly Me To The Moon” with the Elder Conservatorium Big Band below.