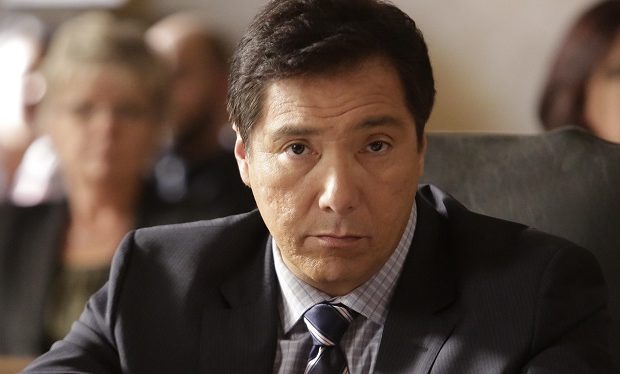 In the How To Get Away with Murder episode ‘Go Cry Somewhere Else’, while Oliver (Conrad Ricamora) is brought in for questioning at the police station, tension rises in the courtroom as lead prosecutor, Assistant District Attorney Todd Denver, prepares to throw a new charge against Annalise (Viola Davis).

A.D.A. Denver is portrayed by Benito Martinez. He’s known for his roles on The Blacklist (Senator Diaz), American Crime (Alonzo Gutierrez), House of Cards (Hector Mendoza), Sons of Anarchy (Luis Torres), Supernatural (Edgar aka Leviathan), Saving Grace (Ronnie), and The Shield (David Aceveda), among many others. How To Get Away with Murder airs Thursdays at 10pm on ABC.