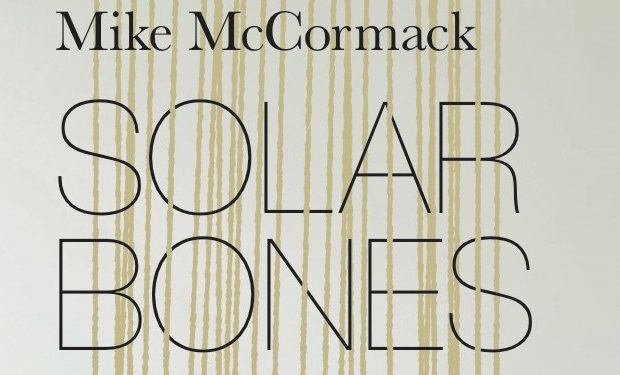 Novelist Mike McCormack‘s Solar Bones has been hailed by the Literary Review as “a profound metaphysical exploration of life itself,” a novel which is “hauntingly sad but also very funny: Proust reconfigured by Flann O’Brien.” Set in the west of Ireland amid a landscape pockmarked by religious iconography and signs of economic collapse (the novel takes place roughly around the time of the 2008 recession), Solar Bones is a ghost story told from the point of view of the ghost, Marcus Conway, and the first-person narrative might be mistaken for stream of consciousness, being almost punctuation-free. “A ghost would have no business with a full stop,” says McCormack. “He would be afraid that he would fatally falter at a full stop.”

After reading from the novel at Hay Festival Kells on Sunday, McCormack told me that he had no memory of writing the novel. “I hit send and delivered the manuscript to my agent at two in the morning, and several hours later I was with my wife delivering our baby in the hospital.” He struggles to recall the voice of Marcus Conway. “The only thing I remember about him is that he was good company and I was never sorry to meet him. He was pretty eloquent. I was interested in what he had to say.” Is Solar Bones very much a Mayo novel? “Oh, yes, it definitely belongs to Mayo. It owes a debt to it, and it takes a strength from it, but I’d like to think that it has an eloquence beyond the borders of the county. Mayo has moods and memories. It has such changing landscapes: it’s wild and heroic, but it has bucolic pastures as well. It goes through several moods and declensions.” Solar Bones is published by independent publisher Tramp Press in Dublin.