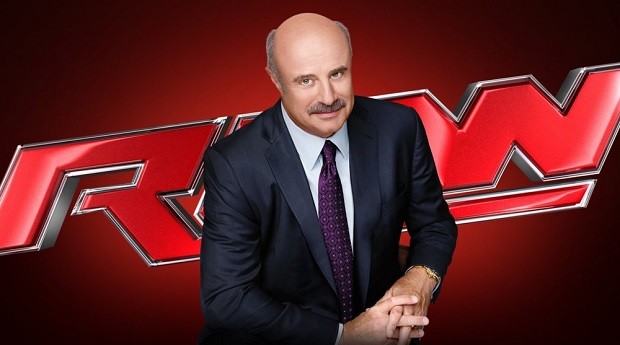 On WWE Monday Night Raw, TV doctor Dr. Phil McGraw will appear as a special guest. Not much is being revealed about his role but the man who was recently inducted into the Broadcasting Hall of Fame will certainly be seen and heard. WWE fans have voiced their mixed feelings about the appearance of Dr. Phil on social media. Some would like to see him “RKO somebody” while others can’t believe he has “stooped to this level.”

Three hours prior to posting “Can’t wait to be behind the scenes at WWE Raw,” Dr. Phil posted this affirmation: “As you begin to think differently, you will succeed and you will maximize your life.” Dr. Phil is maximizing. WWE Monday Night Raw will air its three-hour show on Monday, April 11 at 8pm on USA.

As you begin to think differently, you will succeed and you will maximize your life. #DrPhil #QOTD pic.twitter.com/MQ0USYzvcF