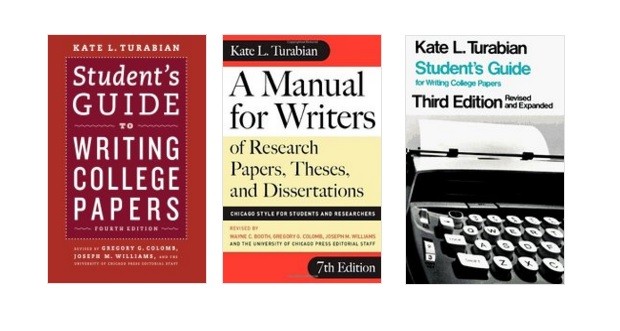 Some of Kate L. Turabian's books

, A Handful of Dust and Scoop. They make movies out of the man’s books

, so he’s still among us in a way, though Waugh died in 1966. The Englishman just made it onto Time magazine’s list of the 100 Most-Read Female Authors on College Campuses. Given that Waugh was a man, this brought out the snarksters and the cheap shots. Even Henry Luce might have laughed.

Waugh was way down the list at No. 97. It’s safe to say if he hadn’t been a woman he wouldn’t have even made it… wait, sorry, that’s not right. But anyway Time gleaned its list from the massive Open Syllabus Project. The mag points out the 16 men are more widely read than the number one woman — whose name is Kate L. Turabian. That name is probably as surprising as Waugh’s, with Turabian beating out Toni Morrison, J.K. Rowling and Jane Austen. Turabian’s work is doubtless helpful in dealing with those three however: she wrote the widely assigned A Manual for Writers of Research Papers, Theses, and Dissertations, Eighth Edition: Chicago Style for Students and Researchers.