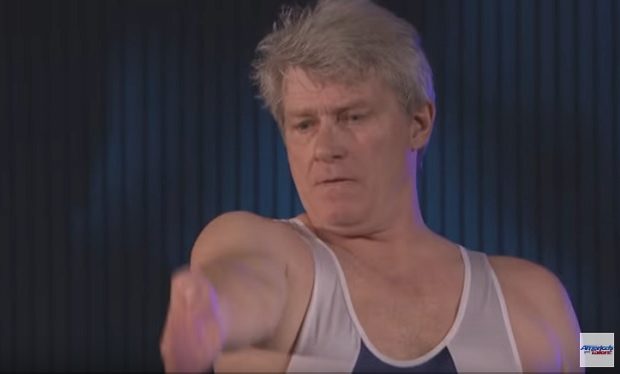 Have you missed America’s Got Talent since Grace VanderWaal won the talent show? Simon Cowell knows you have so he’s put together a one-hour holiday special highlighting fan-favorites acts. The next Taylor Swift (VanderWaal) will perform as will runner-up Brian Justin Crum. But it’s not all about singing Christmas carols. There will be magic – thanks to former AGT winner Mat Franco – and “variety” acts including the Regurgitator and Professor Splash.

Professor Splash (born Darren Taylor) holds the Guinness World Record for highest shallow water dive. On AGT Season 6 (in 2011), he set a new world record (he jumped 36 feet 7 inches at 33 mph) and made it to the quarterfinals. But alas he did not make the semifinals. However, he is known to be the only performer on America’s Got Talent to have set two Guinness records. When asked if diving into a shallow kiddie pool hurts, he said: “Yes, it hurts, but the pain lasts for a minute, while the glory lasts a lifetime!” Professor Splash has also sustained eight concussions during his career. He said: “I hate it but I love it. It brings me joy but keeps me awake for two days before I perform — and scared to death.” America’s Got Talent Holiday special will air Monday, December 19 at 8pm on NBC.