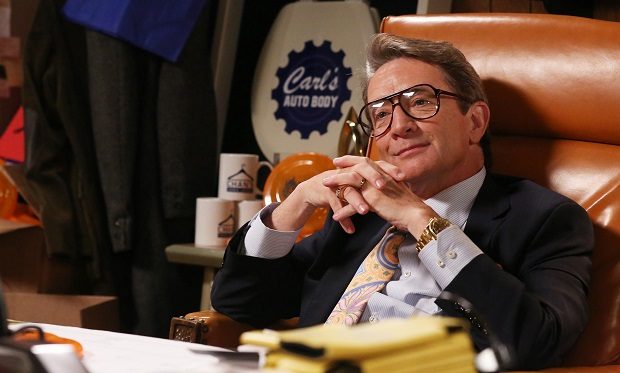 In the Modern Family episode ‘Blindsided’, while Luke and Manny (Rico Rodriguez) both run for class president and Cam (Eric Stonestreet) proves he’ll do anything to keep his star football player from leaving, Phil (Ty Burrell) tries to help his daughter Haley (Sarah Hyland) with her promotion business. Ty introduces Haley to a marketing genius named Merv Schechter.

Merv is portrayed by comedian/actor Martin Short. He’s known for playing many characters including Jiminy Glick on his most recent variety show Maya and Marty, Ed Grimley on Saturday Night Live, and The Cat in the Hat, among many others. Short is well-recognized for his roles in the films The Three Amigos (Ned Nederlander) with Steve Martin and Chevy Chase and the Father of the Bride movies also with Steve Martin (Franch Eggelhoffer). Modern Family airs Wednesdays at 9pm on ABC.