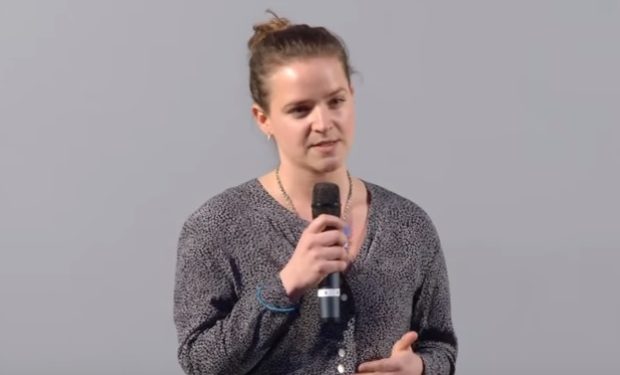 Zlata Filipovic at Failure by Designers with OFFSET 2014 at Science Gallery, Trinity College

In 1992 the siege of Sarajevo began. Caught in its snare was 11-year-old Zlata Filipović, whose diary of her family’s hardship during the siege earned her the nickname the Anne Frank of Sarajevo and made her world-famous. Filipovic, who has lived in Ireland since 1995 and has worked with Amnesty International and UNESCO, spoke at the Hay Festival Kells on Saturday afternoon. After the event, I asked her if she had much of a sense of distance from the little girl who wrote the diary. “I think I’m always aware that the reason that I’m here, the reason that I’m in Ireland, is because of this domino effect of the war and the diary.”

Friends are sometimes reluctant to read the book because they feel they are intruding into her private world, but can still see some of the grown-up Zlata in the writings of the eleven year-old. “When they read it now, they say ‘I know you now; I recognize you in it, in those words; there is an essence of you there then, and still here now.’ That’s lovely to hear.” She can still recall the shock she felt when she finally escaped Sarajevo to Paris; she had been so isolated in the city under siege, she had no idea that she was famous. “My experience of arriving in France. I was met by people welcoming me, and knowing me, and that was bizarre. The usual refugee experience is that no one cares or wants you.” People do want her, however: Zlata’s Diary has been translated into thirty-six languages.