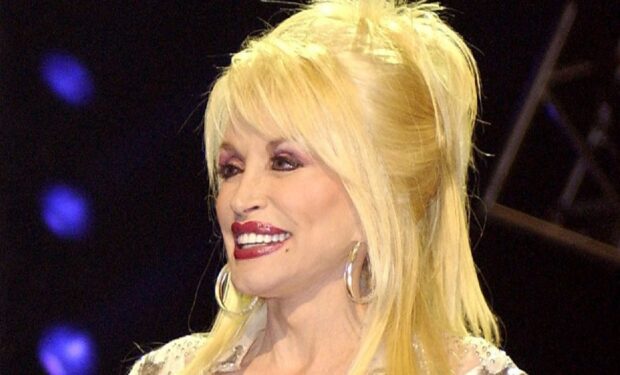 It must be so hard for Dolly Parton, this business of determining just which songs belong among her greatest hits. There are so many! But the divine Ms. Parton has done it and even she thinks this is, as she writes, “big news!”

Diamonds & Rhinestones will drop on November 18, just in time to go on every American’s holiday wish list. Parton says it’s a “collection of my favorite songs, and yours!” It’s gonna be four disks, folks. A treasure chest of gems.

The photo of Dolly in a super glam dress has fans going crazy with Dolly love and, of course, wanting to see her live. So a question that keeps coming up is: will there be a tour?

No word yet, so fans are settling now for this image and patiently waiting. Fortunately, the photo itself is like a performance. “Stunning,” writes more than one fan.

Another fan writes, “we need Backwoods Barbie on vinyl.” That tune didn’t make the cut, but the wish for vinyl will be satisfied. This album won’t be digital only — people want to touch and own their Dolly Parton tunes, especially the greatest of them all. Bonus: not one, but two duets with Kenny Rogers are included.

For those who can’t wait, and are in the holiday mood, A Holly Dolly Christmas Ultimate Deluxe is coming October 14th — and it’s available on CD.