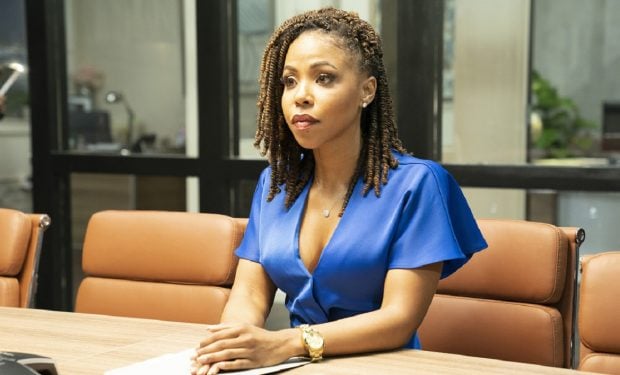 When not filming Tyler Perry’s TV series Sistas, KJ Smith (who plays attorney Andi) is at home like the rest of the country. But unlike many Americans who are snacking in front of the TV, KJ is keeping in shape. When she posted the close-up bikini pic below, she wrote: “I’m going to eat snacks or be a snack when all of this is over.” Fans agree KJ is tasty!

When one fan wrote: “Look like you about to transform into a werewolf!!!”, KJ replied, “I AM.”

KJ is encouraging fans to join her fitness regimen which includes jumping rope. The goal is 1000 jumps a day. “Let’s create a great habits for the rest of the year while we have time,” she adds.