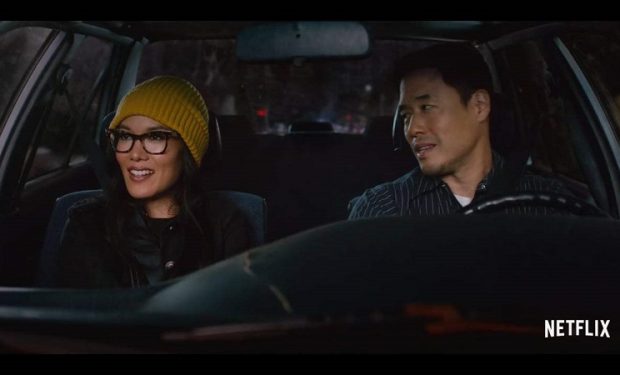 Always Be My Maybe (Netlfix)

Spring is in the air. With flowers in full bloom, the romantic-comedies are hitting theaters. The latest is the Netflix feature Always Be My Maybe, starring Ali Wong (American Housewife) and Randall Park (Fresh Off the Boat) as childhood best friends, Sasha and Marcus, who lost touch and now attempt to rekindle their old flame.

As the duo rediscover one another, it’s Sasha’s hard-working mom, Mrs. Tran, who steps in at one point to help teach her daughter what love is all about. The film comes from director Nahnatchka Khan (Fresh Off the Boat creator) and delivers several amusing cameos from Daniel Dae Kim, Charlyne Yi and Keanu Reeves as himself.

Lu’s recent television credits include appearances on NCIS: Los Angeles, Animal Kingdom, The Real O’Neals and Transparent. Interesting tidbit: Peggy was born in Taiwan, raised in Texas and earned a degree in Pharmacy from the University of Colorado Denver before becoming an actress.