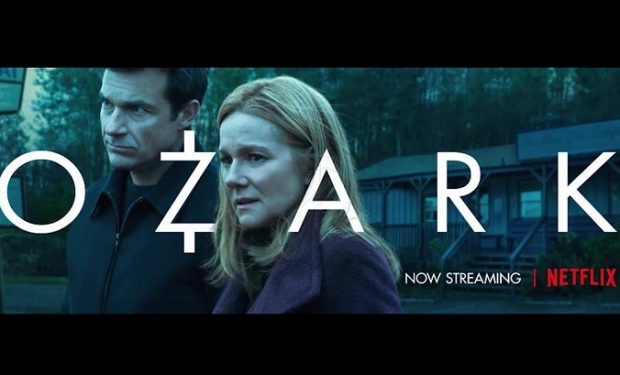 Jason Bateman and Laura Linney star in Ozark on Netflix

The hillbilly drug dealing Darlene Snell proved a deadly adversary for the Byrde’s (Jason Bateman and Laura Linney) during the first season of the Netflix original series Ozark. The gritty drama follows Marty (Bateman), a financial planner who relocates his family from Chicago to a summer resort community in the Ozarks. Now in Season Two of Ozark, audiences get a flashback glimpse of just how ruthless Darlene has always been at taking whatever she wants, including her husband.

Believe in the dream that nobody can see but you…

Young Darlene Snell is portrayed by Brooke Butler. The intense role marks a departure for the blonde beauty recognized for her starring role as the flesh-eating cheerleader ‘Tracy Bingham’ in the dark comedy cult-hit, All Cheerleaders Die. Her credits also include starring opposite Todd Lowe in the haunted feature film, The Remains; and the television movies The Sand, Bobbi Kristina, and Cyber Case. She has appeared on the FOX medical drama The Resident, Lee Daniels’ Star, Gabrielle Union’s BET show Being Mary Jane, and the CBS Saturday series The Inspectors.

Plus, Brooke is currently filming the Showtime pilot, Queen Fur, where she sings Italian Opera and dances her heart out. Fun fact: Brooke was a Cheerleader at the University of Southern California and was nominated as Top 20 cheerleaders in the nation – Go Brooke!