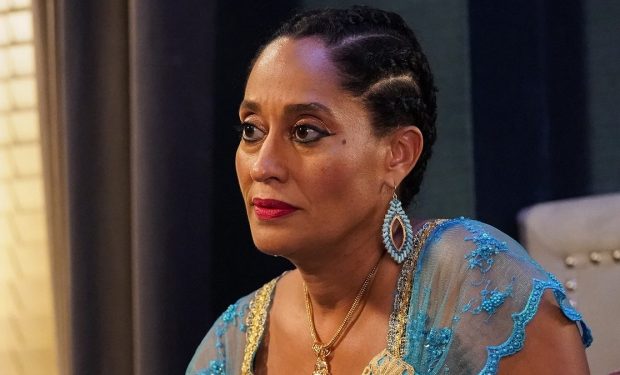 In the black-ish Season 6 Halloween episode “Everybody Blames Raymond,” the Johnsons agree that Junior’s (Marcus Scribner) friend Raymond has to go, but they can’t agree on the family Halloween costume. Junior tries on an Eddie Murphy Nutty Professor costume while his parents Bo (Tracee Ellis Ross) and Dre (Anthony Anderson) slip into Aladdin outfits.

Hours before the Halloween episode airs, Ross dropped a bomb of photos of her in a string bikini that are leaving fans breathless.

Celebrating her 47th birthday, she wrote: “I’ve worked so hard to feel good in my skin and to build a life that truly matches me and I’m in it and it feels good…No filter, no retouch 47 year old thirst trap! Boom!” black-ish airs Tuesdays at 9:30 pm on ABC, right after its spin-off show Mixed-ish at 9 pm.