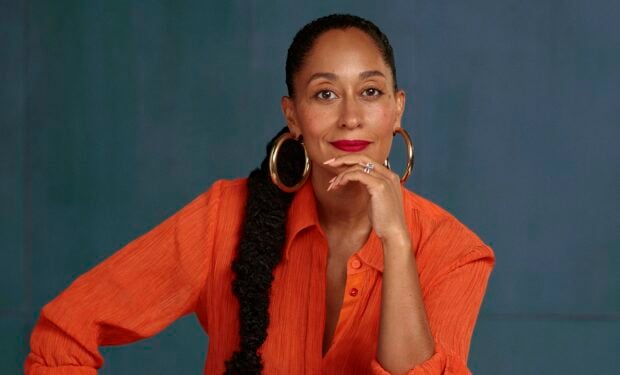 In the black-ish episode ‘If a Black Man Cries in the Woods,’ while Pops (Lawrence Fishburne), Dre (Anthony Anderson) and Junior (Marcus Scribner) go on a “man trip” to heal old wounds, Diane (Marsai Martin) and Jack (Miles Brown) contemplate their futures as they look at their college wish lists.

When Tracee Ellis Ross shared the photos above, she was “celebrating the series finale of black-ish!” And wrote: “Obsessed with this dress” and thanked the designer for “making clothes that allow me to feel like a billion bucks.” The green dress is by Matthieu Blazy of Bottega Veneta.

As seen above and below, Tracee Ellis Ross has experience getting dressed up at home.

black-ish airs Tuesdays at 9:30 pm on ABC, right before To Tell the Truth at 10 pm, which is hosted by Anthony Anderson.