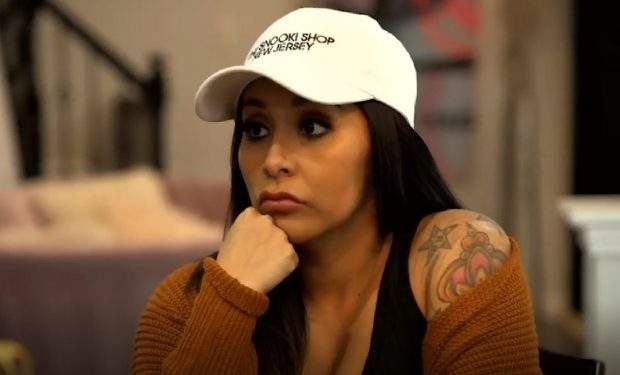 When not filming the Jersey Shore spin-off series Jersey Shore: Family Family for MTV, reality TV star Nicole “Snooki” Polizzi spends time with her family — which just got bigger. Five months ago the 31-year-old had her third child, son Angelo. Fans are going nuts over the “fitmom” photo below.

Snooki says she knows it’s hard to get to the gym, being the mother of three kids, but she’s been doing it five days a week! As she so eloquently puts it: “Shit ain’t easy, as i almost wanted to throw up a dozen times” but she continues to encourage fellow moms: “Let’s keep pushing ourselves.”