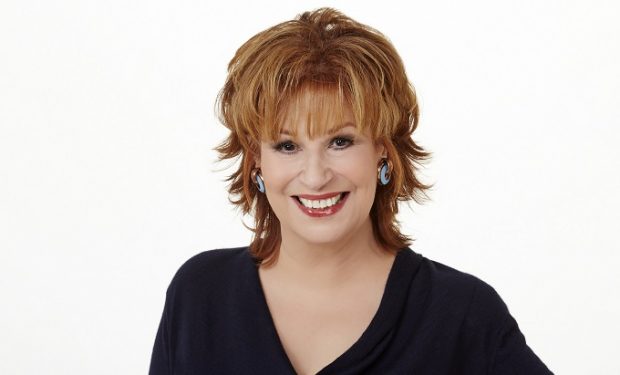 One week ago The New York Times ran the article, “How ‘The View’ Became the Most Important Political TV Show in America.” The lede reveals that The View veteran co-host Joy Behar was very close to landing an exclusive TV interview with President Trump‘s former attorney Michael Cohen right before Cohen was to report to prison.

“He bad-mouthed Trump pretty badly, and I enjoyed that,” said Behar, who frequently speaks out against the president, whom she characterizes as a danger to democracy. Ultimately, Cohen decided not to appear on The View. According to Behar, so he could “save all the juicy stuff” for his book, which would allow him to make money after prison.

Days after the Times article ran, and after a nearly three-month hiatus on Instagram, Behar posted a worn black-and-white photograph of her father, Gino Occhiuto. (Behar was born Josephine Occhiuto; Behar is her married name.) The trolling caption reads: “This is my father, a WW2 veteran. He fought, along with many others, to preserve our valuable democracy. Don’t let it slip away.”

This is my father, a WW2 veteran. He fought, along with many others, to preserve our valuable democracy. Don’t let it slip away.

The 76-year-old former stand-up comedian was born and raised in Williamsburg, Brooklyn. She was the only child to Italian-American parents. According to the November 9, 1992 issue of New York magazine*, Gino Occhiuto was a teamster who drove a truck for Coca-Cola. Behar’s father died in 1992.

* Interesting fact: Behar’s political nemesis Donald Trump was on the cover of that New York magazine issue with the headline: “Fighting Back, Trump Scrambles off the Canvas.”