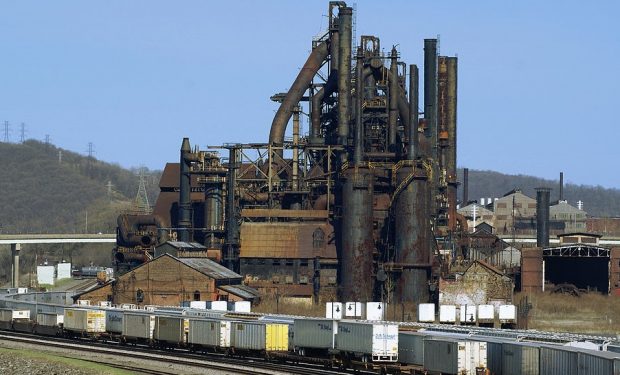 Citizens of Bethlehem, Pennsylvania were tired of looking at the defunct old eyesore that towered over their lives. After all, the local economy had decades ago moved on from being a steel manufacturing mecca to a place where the Sands casino rules.

Instead of building steel for skyscrapers and ships, the Bethlehem workforce these days is more likely to take tickets for a Bob Dylan show, deal Blackjack, or cook fish tacos at Emeril’s Cajun & Creole Fish House restaurant at the casino. So when the 21-story Martin Tower, the former Bethlehem Steel headquarters, was destroyed by explosives to make room for something new, the residents gathered to watch cheered.

Bethlehem Steel was at one time a towering symbol of American business and manufacturing prowess. Founded in 1904, Bethlehem Steel (and its precursor Bethlehem Iron founded in the 1850s) was once America’s top ship builder and second-biggest steel maker. According to Wikipedia, in 1958 “the company’s president, Arthur B. Homer, was the highest-paid U.S. business executive.” Bethlehem Steel declared bankruptcy in 2001.