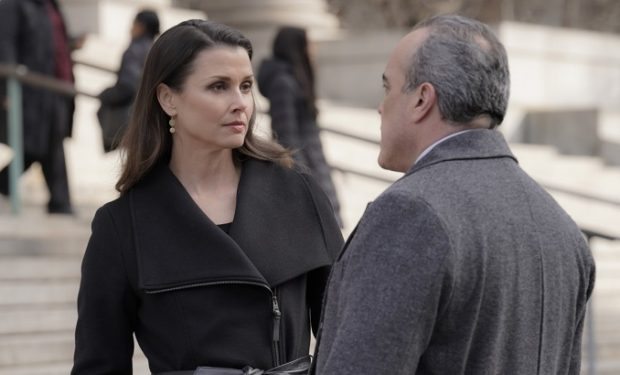 In the Blue Bloods episode “Pain Killers,” NYPD Commissioner Frank Reagan (Tom Selleck) learns that two UN diplomats were pulled over and detained for an hour, but he doesn’t know why. It turns out the Governor of New York has assigned State Troopers to do random checks at city bridge and tunnel crossings. According to Reagan’s press secretary Garrett Moore (Gregory Jbara), turns out the State Troopers were given strict orders not to inform the NYPD. Reagan turns to the Mayor Dutton’s office (Lorraine Bracco) for help dealing with the Governor.

[Check out Zayas as Sgt. Batista on Dexter]

? #FridayFact – The actor who played Detective Angel Batista (David Zayas) in Dexter, was an actual police officer in NYPD for 15 years ? pic.twitter.com/Wn1p28g8WC