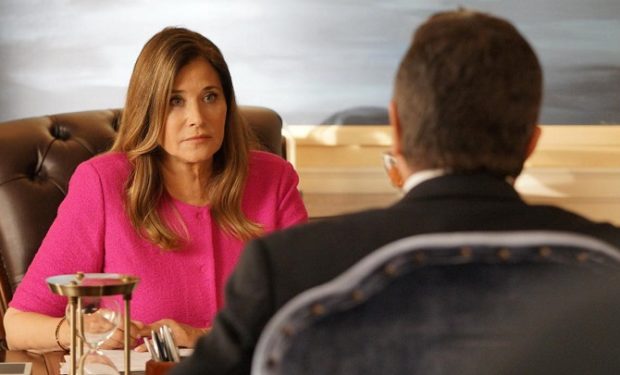 In the Season 8 premiere of Blue Bloods, “Cutting Losses,” Danny’s (Donnie Wahlberg) idea of retiring goes out the window when his sister Erin (Bridget Moynihan) asks for his help on a case that involves her ex-husband Jack (Peter Hermann). Meanwhile, Commissioner Frank Reagan (Tom Selleck) tries to figure out the best way to handle the new Mayor of New York, Margaret Dutton.

[Watch Bracco with the late great Robin Williams in Being Human]

Mayor Dutton is portrayed by Lorraine Bracco. She’s known for her roles on Rizzoli & Isles (Angela Rizzilo) and The Sopranos (Dr. Jennifer Melfi), in addition to her roles in the films Goodfellas (Karen), Basketball Diaries (Leo DiCaprio’s mother), and The Pickup Artist (Carla), among others. Blue Bloods airs Fridays at 10pm on CBS.

[Related: What Happened To Danny’s Wife Linda on ‘Blue Bloods’?]