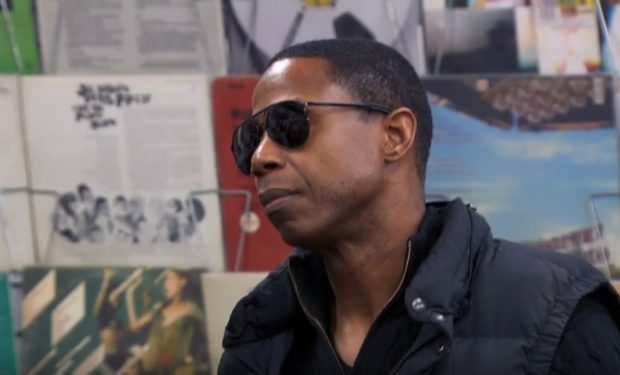 The Rap Game is back for its fourth season. And for the first time in the reality show’s history, mentor and music producer Jermaine Dupri is challenging the five young rappers to work with a legendary beatboxer. Yes, Doug E. Fresh is in the house. And he and Dupri are looking for “something new and different” from the kids. “Performing with the human beatbox is not going to be easy,” Dupri warns because “you don’t know how the beat’s gonna go.”

[The Show is on Doug E. Fresh’s Greatest Hits]

Fresh — the Barbardos-born, Harlem raised rapper — is now 51 years old. Fresh is known for recording “The Show,” and “La Di Da Di” which was voiced by MC Ricky D (who later became Slick Rick). In 1992, Fresh (and The Get Fresh Crew) joined MC Hammer’s label Bust It Records and released Doin’ What I Gotta Do. He also worked with Island Records’ Gee Street, and later Sony Music’s Epic Records. Doug E. Fresh has released four albums, the last was Play in 1995. The Rap Game airs Fridays at 10pm on Lifetime.

#Tbt Found this photo an it took me back to the golden era, these are my brothers till this day, real hip hop positive vibes