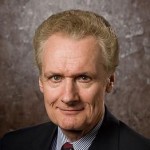 Roger Pilon is the founder and director of the Cato Institute's Center for Constitutional Studies, an important force in the national debate over constitutional interpretation and judicial philosophy. He is the publisher of the Cato Supreme Court Review and is an adjunct professor of government at Georgetown University through The Fund for American Studies. Prior to joining Cato, Pilon held five senior posts in the Reagan administration, including at State and Justice, and was a National Fellow at Stanford’s Hoover Institution. In 1989 the Bicentennial Commission presented him with its Benjamin Franklin Award for excellence in writing on the U.S. Constitution. In 2001 Columbia University’s School of General Studies awarded him its Alumni Medal of Distinction. Pilon lectures and debates at universities and law schools across the country and testifies often before Congress. His writing has appeared in the Wall Street Journal, the Washington Post, the New York Times, the Los Angeles Times, Legal Times, National Law Journal, Harvard Journal of Law & Public Policy, Stanford Law & Policy Review, 2paragraphs, and elsewhere. He has appeared on ABC’s Nightline, CBS’s 60 Minutes II, Fox News Channel, NPR, CNN, MSNBC, CNBC, and other media. Pilon holds a B.A. from Columbia University, an M.A. and a Ph.D. from the University of Chicago, and a J.D. from the George Washington University School of Law.