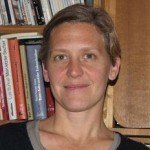 Juliane Fürst is a Senior Lecturer in Modern European History at the University of Bristol. She has published widely around the topic of youth, youth culture and post-war social and cultural history. Currently she is concluding an AHRC-funded project on alternative cultures in late socialism in Eastern Europe, which was in collaboration with Dr. Josie McLellan, University of Bristol. Her own research concerns the sizable Soviet hippie community, its world and habitat and significance for the evaluation of what late socialism really meant. She is a fellow at The Davis Center for Russian and Eurasion Studies and the author of Stalin's Last Generation: Soviet Post-War Youth and the Emergence of Mature Socialism.