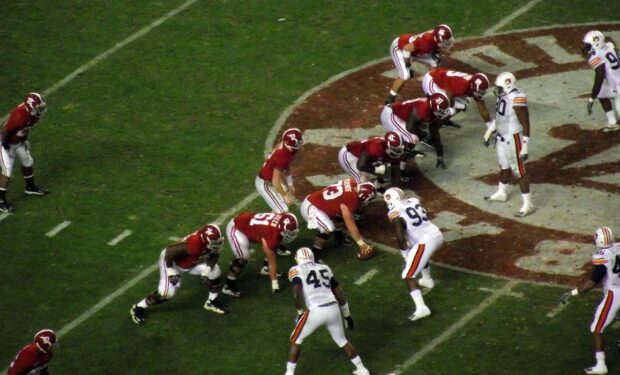 Devonta Smith is the 22-year-old Alabama wide receiver who won the 2020 Heisman Trophy and was drafted by the Philadelphia Eagles in the first round of the 2021 NFL Draft. While playing college football for the Crimson Tide, he was given the nickname “The Slim Reaper” due to his small frame (6’1″, 175 lbs.) and athletic prowess.

While covering the live broadcast of the 2021 NFL Draft, analyst Desmond Howard, former Michigan and NFL wide receiver, swiped autographed jerseys with Devonta. Howard won the 1991 Heisman Trophy, and was named Super Bowl XXXI MVP with the Green Bay Packers when they defeated New England Patriots, among other accolades.