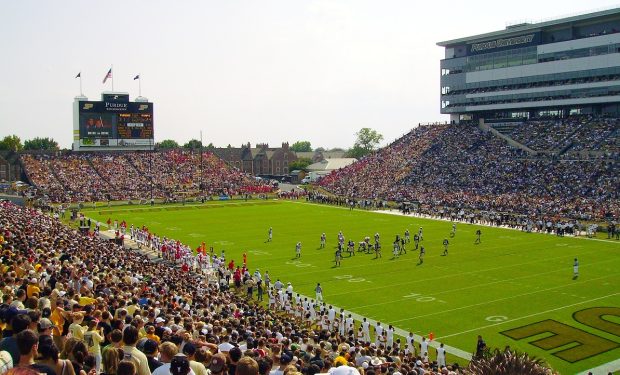 The Michigan Wolverines, the #2 NCAA football team in the nation, face the Purdue Boilermakers at the 2022 Big Ten Championship on Saturday, December 3 at 8 pm on ABC. Michigan enters the game with an undefeated record (12-0) while Purdue is (8-4).

Jeff Brohm became head coach at Purdue in 2016 after coaching for two years at Western Kentucky. College football fans known that Brohm was a quarterback at Louisville (1989-1993), but not as many know he was selected by the Montreal Expos in the 1989 MLB Draft. He turned down the offer from the Expos to play football at Louisville.

But that wasn’t the last time Brohm heard from the MLB. After his freshman year at Louisville, he was drafted in the fourth round by the Cleveland Indians. Brohm played in the minor league during the summer (when he wasn’t playing football). But after two summers, he dropped baseball to focus on football.

He went on to play seven years as a quarterback in the NFL (most notably with the San Francisco 49ers, 1996-1997, photo above).