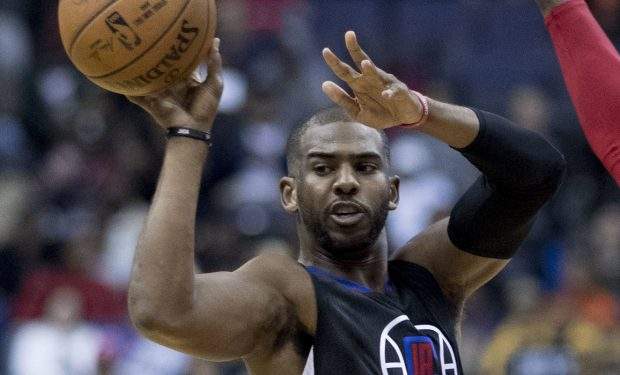 (To be clear, Musk didn’t ban West for circulating infidelity rumors — it was more about Kanye’s cozy relationship with the ideas of a certain German Fuhrer of murderous midcentury ignominy.)

But back to the lighter stuff, though hardly, one imagines, light for Paul and his family. The reactions to the rumor — which drew comments from all over — include speculation that Paul could have met KK through teammate Devin Booker, who has dated Kardashian’s sister Kendall Jenner. As usual on Twitter, people pile onto the news and try to win the moment — even at the subject’s expense. Maybe especially at the subject’s expense?

One Twitter account trying to win the day — Kvng Embiid — trolled Paul by throwing a funny fact dart at the Paul-Kardashian fracas, comparing Paul’s (so far) unrequited commitment to win a championship ring to his commitment to his marriage, symbolized by a wedding ring.

Chris Paul really boutta lose the only ring he ever had😭 pic.twitter.com/0ub1pHeqb5

Paul is a surefire Hall of Fame inductee when his playing career is over. He has been an All-Star, led the league in assists, and was recently selected as one of the Top 75 NBA Players of All-Time. But he does lack the ultimate prize for a competitor of his stature — a championship, symbolized by a ring.

If you think it doesn’t matter much, drop in on any conversation between 4-time champ Shaquille O’Neal and the ringless hoop legend Charles Barkley.