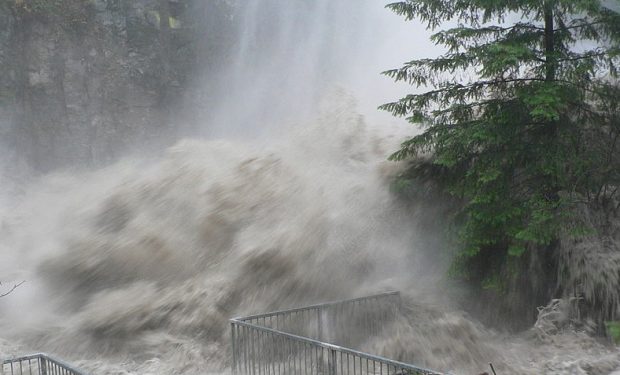 After the flood (and a few million years) there's hope (photo: Walter Siegmund via Wikimedia Commons)

A frightening scientific report from the UN exposes the probability that 1 million species of plants and animals are in danger of becoming extinct. Even more frightening is the fact that Homo sapiens (that is we human beings) could be one of them! Nature is declining at unprecedented rates and the decline is accelerating. 97% of real climate scientists know that global warming caused by fossil fuels and other human abuses is the cause.

The chairman of the UN committee, Sir Robert Watson, has stated that “the overwhelming evidence of the IPBES global assessment from a wide range of different fields of knowledge presents an ominous picture. The health of ecosystems on which we and all other species depend is deteriorating more rapidly than ever. We are eroding the very foundation of our economies, livelihoods, food security, health and quality of life worldwide.”

But there is a sort of bright side to the possibility of human extinction. A recently published scientific study reported that an extinct species was found to have evolved anew. A bird called the white-throated rail evolved from ancestors who presumably flew from Madagascar to the Aldabra Atoll in the Seychelles, an island nation in the Indian Ocean. There, having no need to fly, it evolved into a flightless animal. It became extinct when Aldabra, which it uniquely inhabited, sank about into the sea 136,000 years ago.

When sea levels rose enough to expose the island thousands of years later, the same creature reappeared. Fossils found there revealed that ancestors of the bird once again flew to the island and evolved again into the flightless iteration of earlier times. This re-evolution could be mankind’s hope; for once the planet recovers — and it could take several million years — we’ll be back!