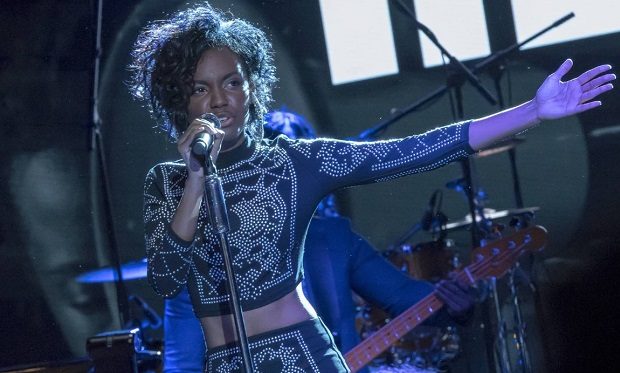 On the Season 3 premiere episode of Empire, ‘Light in Darkness’, while Lucious Lyon (Terrence Howard) and Anika Calhoun (Grace Gealey) get married and Hakeem (Bryshere Y. Gray) is left at the altar, Jamal (Jussie Smollett) keeps performing. During his “Free Freda (Need Freedom)” performance, the spotlight shines on a singer named Nessa. She’s the protege of Shine (Xzibit).

Nessa is portrayed by Sierra Aylina McClain. The 22-year-old artist is best known as a composer for the animated series A.N.T. Farm which stars her little sister China Anne McClain who plays Chyna Parks on the show. Sierra is also recognized for her roles in the films Shrink starring Kevin Spacey (Carina) and Tyler Perry’s Daddy’s Little Girls (Sierra). Empire airs Wednesdays at 9pm on FOX.

Mr. @jussiesmollett will never know what his words & actions meant to me in this moment, but they were everything. And so is he. ? Who’s excited for the premiere?! Less than a week away!! #September21 #Empire #Season3