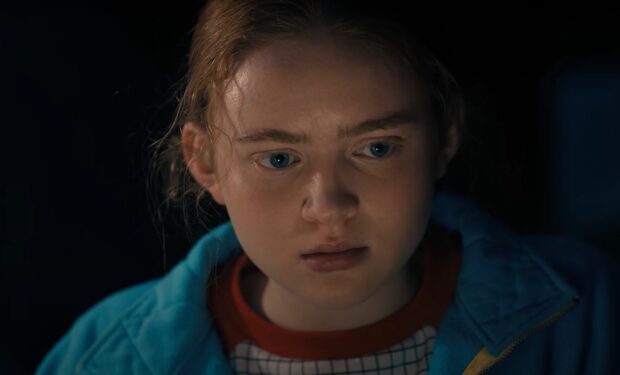 After the release of the Stranger Things Season 4 premiere episode, the profile of Netflix‘s Instagram account read: “Listening to Kate Bush 24/7.” In the clip below, in which a white-eyed Max (Sadie Sink) is mysteriously lifted from the cemetery ground, Kate Bush‘s song Running Up That Hill is featured.

The English singer/songwriter wrote the song in 1985 but since being featured on the popular series, 35 years later, Running Up That Hill reached #1 on iTunes in the US and the UK.

It’s not the first time a Kate Bush has been featured prominently in a series or movie.

Watch and listen to her song “A Woman’s Work” in the 1988 film She’s Having a Baby with Kevin Bacon, Elizabeth McGovern, and Alec Baldwin.