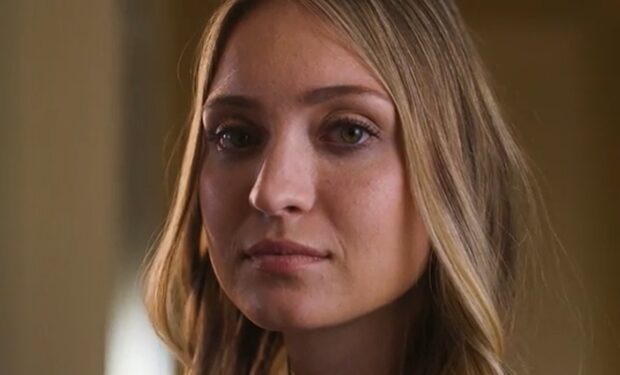 The protagonist of the Lifetime movie Here Kills the Bride is Jasmine (Erin Pineda). When she finds out that her brother Carlos (Fernando Belo) is getting married to Grace (Ashlee Füss), a woman he met just four months ago, Jasmine does a little recon on her own.

As seen in the trailer above, it turns out Grace is really Natalie, a former stripper who left the club to marry a wealthy lawyer who shortly after mysteriously died.

During her investigation, Jasmine gets pulled “into a whirlwind of events” which threaten not just Carlos’ happiness but also his life — and Jasmine’s.

Here Kills the Bride premieres on Lifetime on Friday, June 3 at 8 pm.