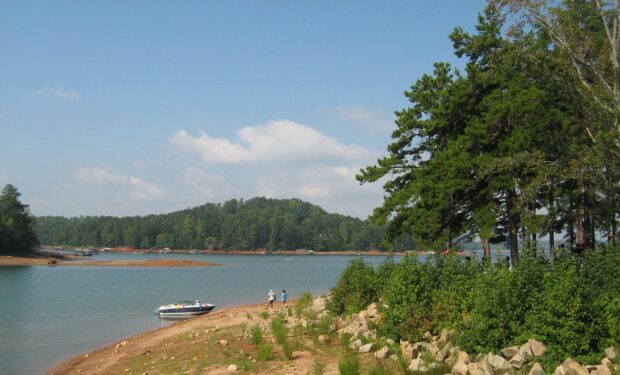 Ohio State Buckeyes quarterback Justin Fields is one of the top five collegiate football players looking for a new home at 2021 NBA Draft. The 22-year-old played college football at Georgia (he’s from Kennesaw, Georgia) before transferring to Ohio State, where he was named Big Ten Championship MVP in 2019.

One of Justin’s biggest fans is his younger sister Jaiden Fields. The 5’9″ collegiate athlete is a redshirt sophomore softball outfielder at the University of Georgia.

When not out in the field, Jaiden is often in front of a camera as seen in the gorgeous string bikini pics above taken at Lake Lanier, which she captioned: “off guard but on point.”

The first round of the 2021 NFL Draft broadcasts live on Thursday, April 29 at 8 pm on ABC and ESPN.