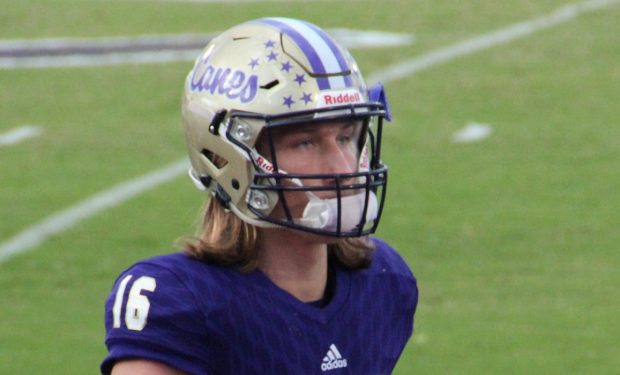 Get ready for the televised 2021 NFL Draft. The first 32 selections are made in Cleveland on Day 1 (Thursday, April 29). The Jaguars, Jets, 49ers, Falcons, Bengals and Dolphins own the first six picks and all eyes are on Clemson quarterback Trevor Lawrence, who’s on the very top of the list of prospects.

Just two weeks prior to the NFL Draft, Trevor, 21, got married to his high school sweetheart Marissa Mowry, 21, an alumna of Anderson University (class of 2020), where she played volleyball. (He got down on one knee and proposed in the middle of Clemson’s (empty) football field.)

The first round of the 2021 NFL Draft will broadcast on Thursday, April 29 at 8 pm on ABC and ESPN.