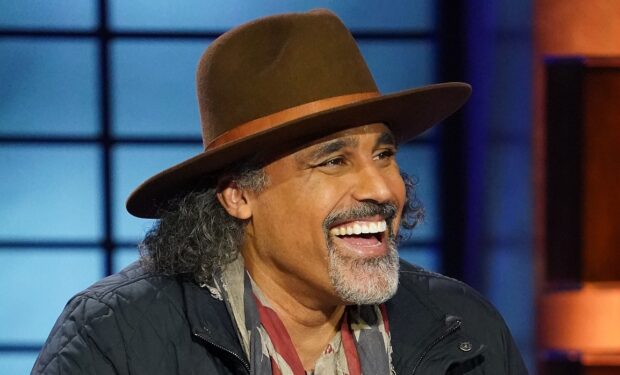 Rick Fox on To Tell the Truth (ABC/Ron Batzdorff)

When three people on the show claim to be the creator of Squatty Potty, a step stool designed to help people in the bathroom, samples are given to the celebrities.

At 6’7″, Fox looks even more gigantic on the set with his legs off the floor — especially between Lennon and Funches who are both under 5’10.”

To Tell the Truth airs Tuesdays at 8 pm on ABC.