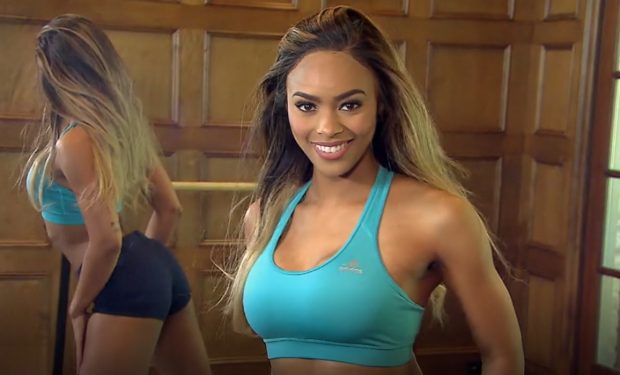 On the Dallas Cowboys Cheerleaders: Making the Team episode “Overwhelmed,” the candidates show up for their first rehearsal after making Training Camp. They’ve survived the very thorough audition process, but this is a new level of pressure. There are 45 candidates who show up at the dance studio, 36 will be chosen to “make a triangle.” At the end of the summer they’ll need to know about 50 routines for game time!

During the first night of rehearsal, former NBA Charlotte Hornets cheerleader Kat is called out to pay greater attention to her knees and feet. After the rehearsal, DCC director Kelli McGonagill Finglass says to the camera, “Kat needs to pay very close attention because it’s those details especially around her knees and her feet that’s going to eat Kat up.”

Will the former “Honey Bee” make it into the famous DCC triangle? Only 36 of the 45 candidates will make it. Dallas Cowboys Cheerleaders: Making the Team airs Fridays at 9 pm on CMT, right before Racing Wives. [NOTE: Get the CMT Channel digital app and watch any show! It’s free to download.]