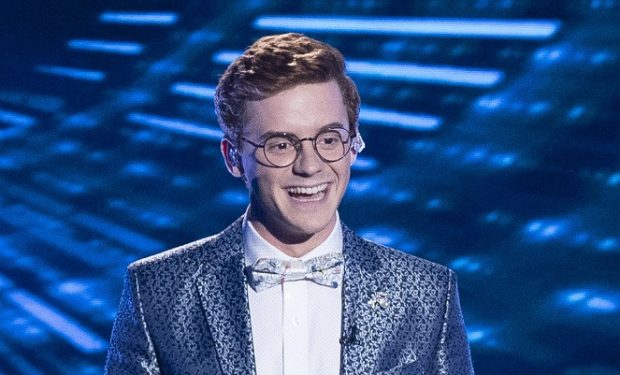 Walker Burroughs, the 20-year-old Belmont University sophomore, has made it to the Top 8 of American Idol. But Idol is not his first time on TV. When a senior in high school in Birmingham, Alabama, he appeared on ABC Nightly News with David Muir. A recording of Walker’s “promposal” was shown. Walker re-wrote the lyrics of the Ben E. King song “Stand By Me” to incorporate the line “So Darling, Go To Prom with Me”, rang the doorbell of his girlfriend India Ellison’s home and when she came to the door, he sang the revised song with part of an eight-piece brass band behind him. (India said yes!)

When introduced as a member of The Beltones, the co-ed a capella group at Belmont, he listed David Muir saying his name as a highlight of the year (see below). Oh, and he and his prom date are still together. Walker says his girlfriend inspired him to write his single “The Moon Song” — see link above. American Idol airs Sundays and Mondays at 8 pm on ABC.

Welcome to Beltones Spotlight!! Here is our first contender: Walker Burroughs 😍 Fun Fact: "Last year I was featured on ABC nightly news with David Muir for my promposal song. He said my name and everything!!"