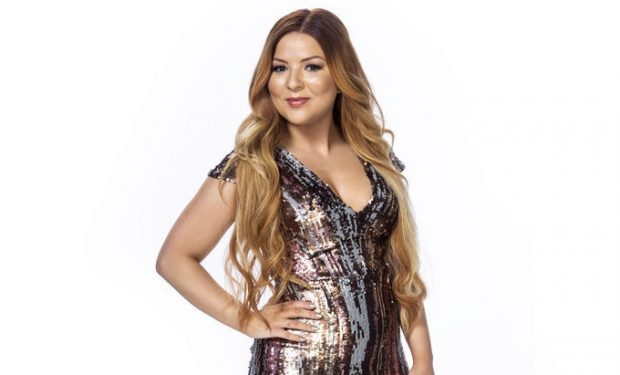 America’s Got Talent “The Champions” is a spin-off show that features 50 memorable acts from past AGT and America’s Got Talent competitions around the world — including British singer sensation Susan Boyle. On the season premiere (January 7), Boyle and nine other entertainers including the mind-reading The Clairvoyants and comedians Vicki Barbolak and Preacher Lawson will perform for judges Simon Cowell, Mel B, Heidi Klum and Howie Mandel.

Two of the acts each week will move on to the finals —one will receive a Golden Buzzer, and one will be voted through by a panel of AGT Superfans. One to watch is Bianca Ryan — she won the first season of America’s Got Talent in 2006, when she was 11!

Right after winning AGT, Bianca released her self-titled debut album, and two Christmas albums. She also pursued an acting career – Layla Knuckles in the 2014 film We Are Kings – but everything was put on hold when she had to undergo two vocal surgeries and an abdominal surgery in 2016. Her doctor told her that she was at high risk for esophageal cancer.

“I have had more setbacks than anyone I know of in this industry,” Bianca said of her surgeries. “I just have really bad luck. But you know, everything happens for a reason. I looked for the positive in the situation, and it shaped me into not taking anything for granted or missing any opportunity.”

Since her operations, Bianca has been working hard on a comeback. Back on the AGT stage, she performs her song “Say Something” beside a white grand piano covered in a giant pair of white bird wings. The image of falling white feathers is projected behind her on stage. America’s Got Talent airs Mondays at 8 pm on NBC.

I can’t believe I am getting a second chance at my dream. I’m so thankful for all of you & I am so happy to have my voice back. <3 TUNE IN this MONDAY NIGHT for @AGT Champions to see what the Judges have to say! xoxo pic.twitter.com/rWSIGoAMBu