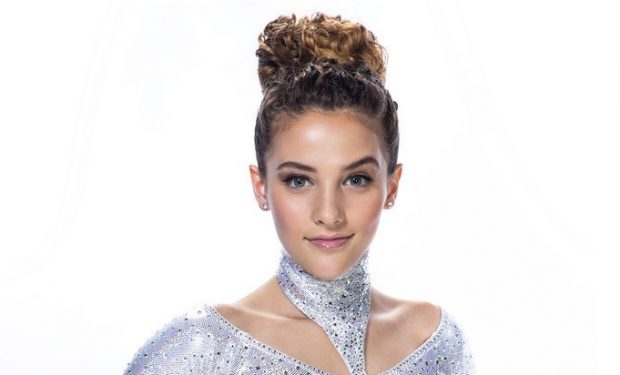 Simon Cowell’s America’s Got Talent is known for launching the careers of several young girls including most recently singing ventriloquist Darcy Lynne Farmer. In fact, the winner of Season 1 was 11-year-old singer Bianca Ryan. Now 24 years old, Bianca is returning to the AGT stage for the talent show’s spin-off, America’s Got Talent: The Champions. Bianca is one of 50 acts who have been invited back to compete. Teen contortionist Sofie Dossi (Season 11, 2016) will also perform again in front of AGT judges Simon Cowell, Mel B, Heidi Klum and Howie Mandel. Each week two of the acts will move on to the finals—one will receive a Golden Buzzer and one will be voted through by a panel of AGT Superfans. (Sofie got guest judge Reba McEntire to hit her Golden Buzzer in 2016!)

[Watch AGT episodes whenever you want]

One month prior to the airing of the America’s Got Talent: The Champions, Sofie decided to “finally” straighten her long tight curly hair after so many fans requested her to. Her brother Zac filmed her straightening hair debut which is on her YouTube channel where she has 3.2 million subscribers. While looking at the camera, Sofie says, “It’s weird,” as she runs her fingers through her hair, which she refers to as “Patricia.” The 14-minute video has nearly 3 million views. At the end she reveals to her fans watching, “I don’t know if I like it. It’s a different look, guys.” Note: Sofie uploads new videos every Saturday. America’s Got Talent: The Champions airs Mondays at 8 pm on NBC.