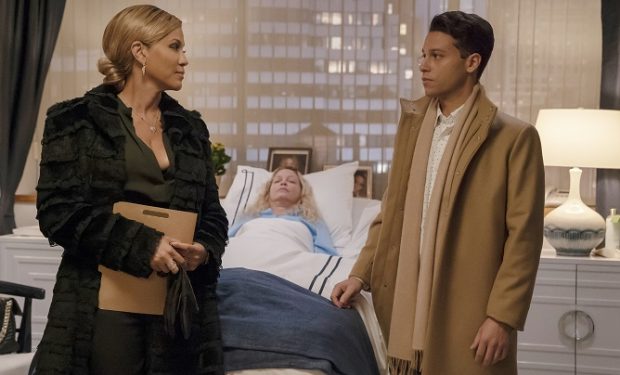 In the Empire episode “Master of What is Mine Own,” while tensions run high between Cookie (Taraji P. Henson) and Lucious (Terrence Howard) as they run Lyon Family Management, their rival Jeff Kingsley (A.Z. Kelsey) pulls a major power move. “I’m going to make you extinct,” Jeff threatens Lucious. (Remember: Jeff thinks Lucious is his father and blames him for getting his mother Tracy addicted to drugs which has caused his mother to suffer numerous strokes.) When Jeff visits his mother in the hospital, he’s surprised to see Giselle (Nicole Ari Parker) sitting at his mother’s bedside. Giselle is onto Jeff and tells him, “Your birth certificate doesn’t list a father.”

[Check out Detmer in The Majestic with Jim Carrey]