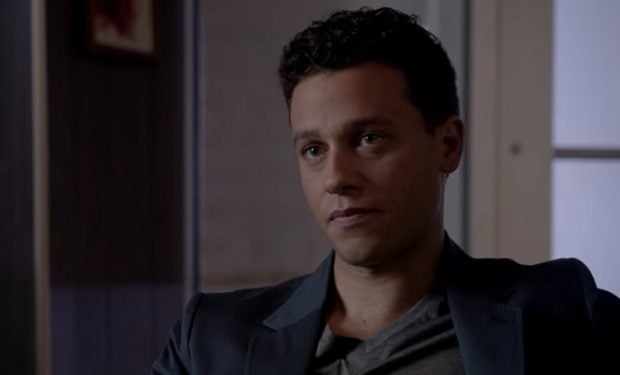 In the Season 5 Empire episode “Pay For Their Presumptions,” Cookie (Taraji P. Henson) and Lucious (Terrence Howard) are reminded just how hard it is to launch an artist with Empire’s resources. While they hustle to keep new artist Treasure (Kaitlynn Simone), they meet with Kingsley who tells them, “I want to take Empire back to its roots,” which has Cookie rolling her eyes and Lucious grinning like a cat who just caught a canary. Kingsley pleads with them to come back, “home, it’s your home,” he says. They’re not quick to trust Kingsley who works with Giselle (Nicole Ari Parker), Eddie’s (Forest Whitaker) ex-turned-interim leader of Empire.

Kingsley is portrayed by A.Z. Kelsey. The rookie actor made his debut on an episode of Unforgettable with Poppy Montgomery in 2014. More recently he appeared on an episode of Bull. Empire airs Wednesdays at 8pm on FOX, right before Star.

A.Z. and Trai Byers (Andre Lyon)  went to Yale School of Drama together…

From waaaay back…don’t hate me, Trai!