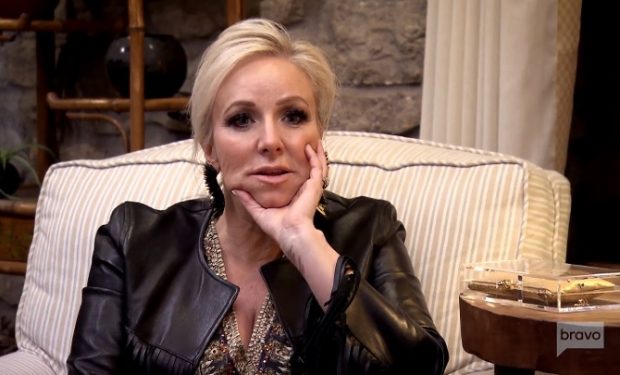 In The Real Housewives of New Jersey episode “Housewives & Heifers,” the ladies are still in Oklahoma and Teresa Giudice is still complaining about her brother Joe Gorga — who isn’t on the trip. Giudice tells her sister-in-law Melissa Gorga that she should tell her husband to spend more time with their father because she believes a wife can control a husband. (Teresa’s husband Joe Giudice is in jail, btw.) But enough about the old housewives. There’s a new feud brewing between Margaret Josephs and new wife Jennifer Aydin, wife of plastic surgeon Bill Aydin. When Jennifer insults Margaret’s best friend Polly and her love of country music, Margaret loses her cool.

Polly B. Wilson owned the retro children’s toys and clothing business Barn Dandys in Skiatook, Oklahoma, and is now helping Margaret with her charity, Hospital Heroes, a line of hospital gowns for children. Prior to opening Barn Dandys in 1997, Wilson, who “married into this ranching family,” was a psychotherapist in private practice who specialized in adults with childhood trauma. In 2008, she was named one of the Country Living Women Entrepreneurs of the Year. Alas, Barn Dandys is no longer in business. On social media, Polly goes by the handle “Oklahoma Barbie.” The Real Housewives of New Jersey airs Wednesdays at 9 pm on Bravo, right before Real Housewives of Dallas.

Tonight you get to meet my bff Polly @oklahomabarbie when all us jersey girls head to the ranch! @bravotv #rhonj