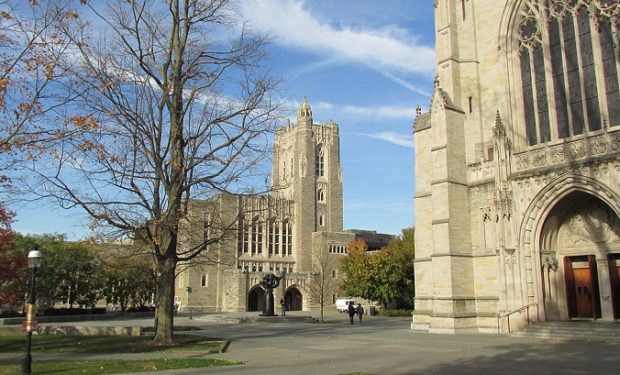 You might think that first-years (formerly freshmen) entering Princeton University each fall are about as prepared as students can be. After all, these high achievers just slayed their standardized tests, got pretty much straight A’s, and participated (and dominated) in extracurricular activities ranging from madrigals to chess to hip hop dance.

But to make sure frosh are really ready for the Princeton community — and in the spirit of popular One City One Book programs — Princeton President Christopher L. Eisgruber introduced the idea of recommending a single book each year for incoming students to devour the summer before they arrive on campus. Eisgruber dubbed the program The Pre-read. (Princeton has a similarly named Pre-rade — a take on parade — that inaugurates first-years as they march onto campus as a group for the first time.)

This year, Pre-read selection for the class of 2021 is Speak Freely: Why Universities Must Defend Free Speech by Princeton politics professor Keith Whittington. It’s an examination of an issue — free speech and its limits — that has raged on campuses throughout the country, notably Princeton’s own. Whittington, as his title indicates, is a champion of nearly unfettered free speech.

This year’s selection is the sixth in the esteemed and popular program. Since its inception, Princeton frosh have read these other Pre-read books in preparation for their college adventures.

Class of 2017: The Honor Code: How Moral Revolutions Happen by Kwame Anthony Appiah

Class of 2018:Meaning in Life and Why It Matters by Susan Wolf

Class of 2019: Whistling Vivaldi: How Stereotypes Affect Us and What We Can Do by Claude Steele

Class of 2020: Our Declaration: A Reading of the Declaration of Independence in Defense of Equality by Danielle Allen

Class of 2021: What is Populism? by Jan-Werner Müller