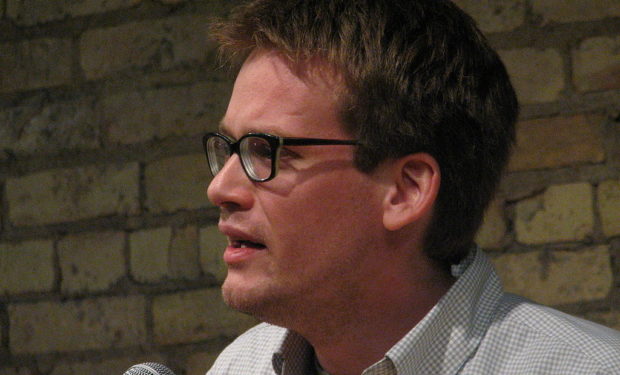 This year sees two authors – whose stories have also had success on the big screen – both return with new book releases. Andy Weir, bestselling author of ‘The Martian’ returns to the writing world with ‘Artemis’, released in November 2017. A gripping heist story set on the moon, fans of his space-themed work won’t be disappointed with this fast-paced sci-fi novel. Those who enjoyed ‘The Martian’ will remember Weir’s ability to write serious topics with humor, not to mention the hold-your-breath kind of plot. You can expect a similar level of quality from his upcoming release.

[Artemis: A Novel by Andy Weir at Amazon]

The next release comes from John Green, the author best known for ‘Looking for Alaska’ and ‘The Fault in Our Stars’, who graces the shelves again with his fifth solo novel, ‘Turtles All The Way Down’; a heartfelt YA novel tackling the struggles of mental illness. Publishers Penguin have described the book as a “story is about lifelong friendship, the intimacy of an unexpected reunion, and Star Wars fan fiction”. If Green’s previous works are anything to go by, readers can expect memorable characters, fast-paced plot and a nostalgic twang for youth. You can pick up ‘Turtles All the Way Down’ in October 2017 — or pre-order now. John Green and Andy Weir are both talented writers followed closely by many. Both possess an uncanny ability to capture an audience — you won’t want to miss anything they release!

contributor: itcher is an entertainment recommendations app that uses the power of its community to find titles you’ll love. Discover your next favorite movie, TV show, book, music and game by downloading the itcher app now on Google Play and iOS.