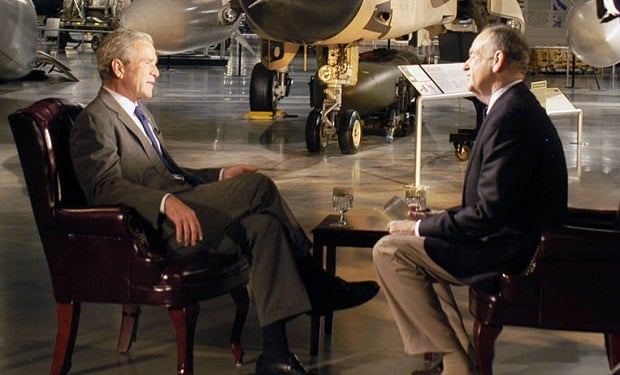 In a creative take inspired by Bill O’Reilly‘s own “Killing” Series (Killing Patton, Killing Jesus, Killing Lincoln, Killing Kennedy, Killing Reagan, Killing the Rising Sun), co-authors Tom Christian and Ray Clark published Killing Bill O’Reilly in 2013. The plot is written from a future perspective and considers the fictional murder of former Fox News personality Bill O’Reilly — or, as the book description has it, “the historic 2014 assassination of the legend affectionately known as ‘Papa Bear.’ ” Killing Bill O’Reilly is popping up in more internet searches these days as O’Reilly finds himself out at Fox after a harassment scandal saw advertisers fleeing O’Reilly’s popular show.

In killing off O’Reilly in 2017, Fox knocks the TV host out three years after the authors of Killing Bill O’Reilly imagined his more violent and more permanent demise. The authors say their book is about the “tragic assassination of culture’s greatest warrior” — and in the sense that O’Reilly’s culture warrior position is reliant on his Fox platform, the O’Reilly-Fox breakup does indeed constitute something of a killing. The book considers an assassination that takes place when “The O’Reilly Factor was still the number one show on cable, and he was amid his most successful live tour yet.” Despite getting the year wrong, that’s not far from the truth: even as he leaves, O’Reilly’s show is the most popular on the network. Killing Bill O’Reilly received 22 customer reviews and totaled a 4-of-5 star rating at Amazon. Whether Fox rates as well for its virtual killing of O’Reilly remains to be seen.