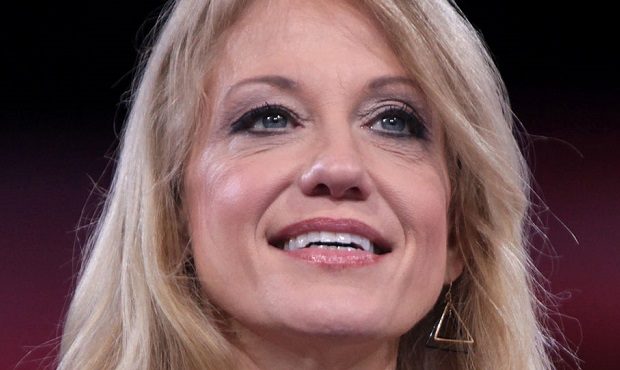 You can’t see her in the now famous photo below, but Kellyanne Conway is the only woman in the room. That’s often the case these days for the most powerful woman in Washington. As Donald Trump’s most trusted adviser, Conway occupies a role that is so far-reaching (and equally, conveniently undefined) that she’s been called the de facto First Lady.

How do you get to be the most powerful woman in Washington, besides sheer desire and a commensurate ability to grind? The controversial New Jersey-born Conway got her power through dedication to conservative causes, amassing influence as a go-to pollster as CEO of The Polling Company Inc/WomanTrend. And if there’s another lesson Conway embodies about gaining power in Washington, it helps if you’re a lawyer. Conway got her law degree from George Washington University after excelling as a student at Trinity University in — you guessed it — Washington DC.

This is outrageous: Not a single woman in the room as @Mike_Pence and @HouseGOP propose removing maternity coverage in #Trumpcare. pic.twitter.com/wwY6WsN206