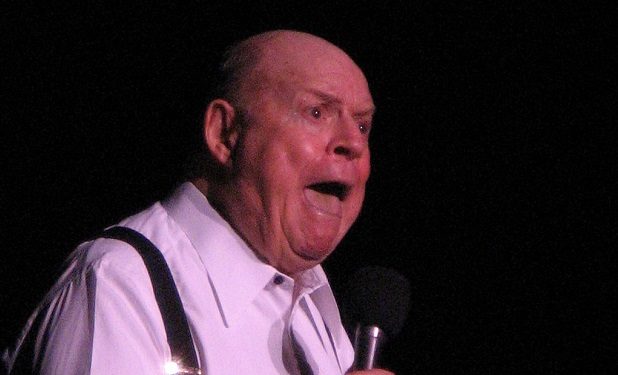 There is only one man about whom the above obituary headline could serve as a compliment and homage — and that man is the late Don Rickles. Rickles, who made an art out of the insult — making him an unlikely precursor to today’s incendiary rap beefs, died at the age 90. Rickles was by all accounts a genial man who was so effective at his craft that people everywhere begged him to insult them. Being insulted by Rickles was like being sung to by Sinatra or dancing with Fred Astaire — it was to experience the peak of an art form.

In fact it was Sinatra who most famously enjoyed being publicly insulted by Rickles. The singer made Rickles one of his confidants and Rat Pack insiders for his nerve. Nobody else had the temerity to crack wise to Sinatra the way Rickles did, tearing Sinatra’s tough guy image to pieces as the legendary singer just laughed. For that chutzpah, Rickles earned Sinatra’s admiration and a lifetime pass as showbiz royalty. Rickles never forgot to dance with what brung him either, and he insulted people all the way to t he top. Johnny Carson, The Tonight Show host, also couldn’t get enough of Rickles. Paradoxically nicknamed “Mr. Warmth”, Rickles was an audacious and inexhaustible insult machine. Seinfeld‘s Jason Alexander chimed in with a typical reaction after the loss of the Hollywood legend. And other Don Rickles-inspired tweets below.

Don Rickles was simply the best. He created insult comedy &yet every 1 of his targets felt loved and honored. One of a kind.#RIPdonrickles

#RIPDonRickles
He once asked Stevie Wonder, “Who picks out your clothes?”

The world just got a lot less funny and just when we needed it the most. I will treasure our friendship forever sweet Don. #RIPDonRickles pic.twitter.com/SGw5YF5GdK