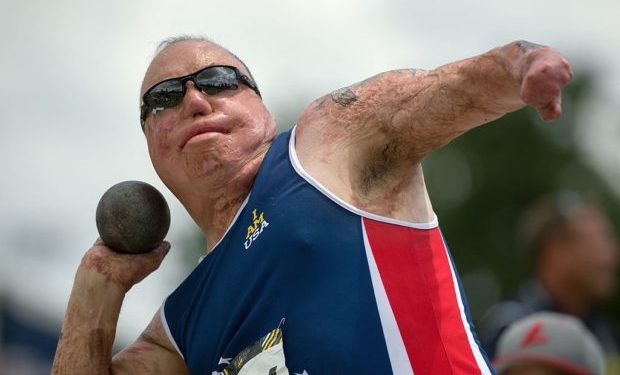 Retired NFL quarterback Peyton Manning is hosting The 25th ESPYS awards ceremony in Los Angeles. It will be televised on ABC (Wednesday, July 12, 8pm). Two people to receive special honors are Special Olympics founder Eunice Kennedy Shriver and Air Force Master Sgt. Israel Del Toro. Television personality and veterans advocate Jon Stewart will present the Pat Tillman Award to Del Toro. (Tillman was an NFL player who gave up his football career to serve in the U.S. Army after 9/11. He was killed in Afghanistan in 2004 at the age of 27.)

[Where Men Win Glory: The Odyssey of Pat Tillman is a bestseller]

MSgt. Del Toro was serving in the U.S. Air Force in Afghanistan in 2005 when his Humvee rolled over a mine and exploded. He was left in a coma for four months with third-degree burns over 80 percent of his body. Many of his fingers were severed. During his miraculous recovery, Del Toro discovered adaptive sports as a therapeutic outlet. At the 2016 Invictus Game, the Bronze Star and Purple Heart recipient broke records in shot put, javelin, and discus. Del Toro is married to Carmen and they have a son, who was 3 when Del Toro was injured. Below is a moving video of Del Toro taking about resilience. In the video, he talks about growing up on the south side of Chicago and losing his father when he was 12, and then a year later his mother to a drunk driver.