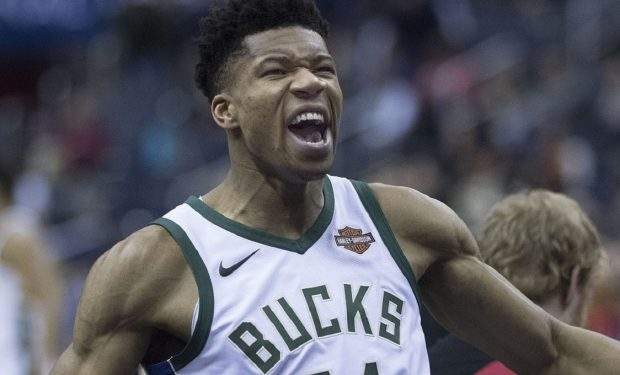 Giannis Antetokounmpo has let the Denver Nuggets center Nikola Jokic hold onto his NBA MVP trophy these last two years, but this year it seems like Giannis, who possessed the trophy for back-to-back seasons before Jokic did the same, wants it back.

The Bucks forward sensation is playing arguably the most dominant NBA ball of his career and has Milwaukee (14-5) with only the red hot Celtics between them and the top of the standings in the East.

Giannis is feeling himself, too, as is evident from his social share as he approaches the floor with a little dance to start demolishing yet another NBA opponent. Giannis captioned the post: “Can you hit a little rich flex for me?”

“We walk around the world, stepping, not giving a damn about where our feet land at” — the spoken lyric at the beginning of “Rich Flex” by Drake and 21 Savage — might as well describe how Giannis moves about the court, taking huge steps — often enough eurosteps — and letting the defender worry about where his giant feet land.

Giannis certainly has game rhythm in common with the music. But as a G-rated pitchman, making millions endorsing products and having a hit biopic (RISE) about his family on Disney+, the star will likely keep his rich flexing confined to the beats and not the lyrics on his social accounts.

The “Rich Flex” lyrics are NSFW, and Giannis is publicly very SFW — unless you work in the NBA, and then he’s not safe at all. He’s dangerous!