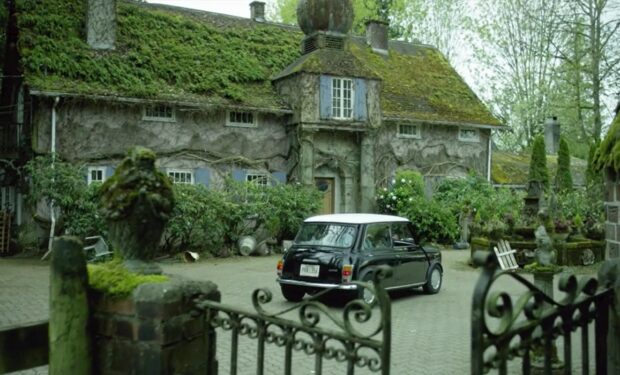 The protagonist of the Hallmark Channel movie Wedding Bells is New York City fashion designer Molly Quinn (Danica McKellar). As the Maid of Honor of a wedding, she feels responsible to help the bride find a new (and free!) place for their wedding when the bride’s family loses all its money. Best Man Nick (Kavan Smith) offers an abandoned but charming inn in the Berkshires that his father Charlie owns. Problem solved!

The inn is actually known as Foxglove Cottage. The 3 bedroom, 2 bath cottage was built in 1918 by Russian family: it is a smaller replica of their palace in Russia. The cottage has been featured in a number of films including The Age of Adaline starring Blake Lively and Harrison Ford.