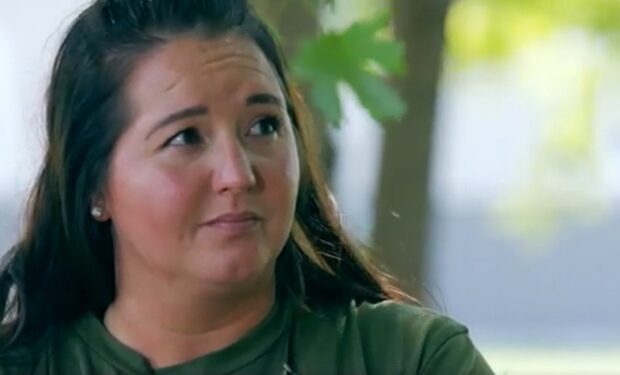 On the Teen Mom Season 9 episode ‘Just Do You,’ while mother of three Catelynn Baltierra pursues a career in microblading and mother of three Mackenzie McKee accepts a job in Florida, MTV reports that mother of two Amber Portwood is “shocked” when her ex Gary Shirley (12-year-old Leah’s father) asks Amber to move onto his property. Amber’s been living alone in a rental home about an hour away in Indianapolis, during the pandemic.

In the sneak peek video above, when Gary suggests the idea of asking Amber to move onto their property in a modular home of some sort, his wife Kristina asks Gary if he wants her around “24/7.” Gary says they’ll need to lay down some ground rules. Kristina responds with a smile, “No funky business like you sneaking out at night?” Gary reassures Kristina, “Why would I go over there?”

As seen in the photos above and below, it looks like Gary, Kristina, their daughter and Leah have been spending a lot of quality time together during the pandemic!