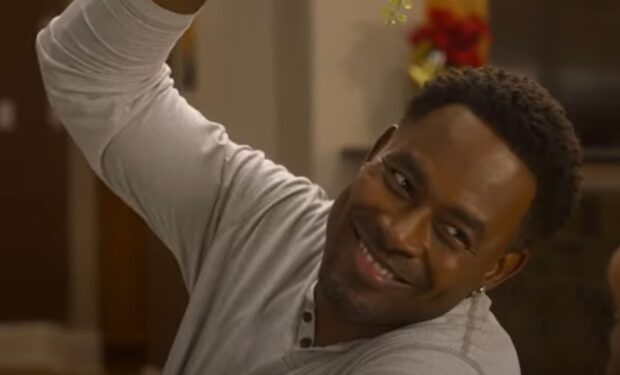 Lamman Rucker in Cooking Up Christmas (OWN)

In the new OWN holiday movie Cooking Up Christmas, gorgeous young personal chef Chloe (Meagan Holder) is hired to cook for professional football player Donovan Jackson (Lamman Rucker). He’s considered a difficult client (no bread, no dairy, no soy, no cookies that start with the letter C, et al), at first, but then the two fall in love with each other.

Actor Lamman Rucker is known for his TV roles on Greenleaf (Jacob Greenlead), South of Hell (Elijah Bledsoe), Meet the Browns (Dr. Will Brown), in the 1998 mini-series The Temptations (Jimmy Ruffin), and in films including Tyler Perry’s Why Did I Get Married? (Sheriff Troy) and the 2008 movie Meet the Browns, among others.

While Lamman was never a professional baseball player, he does credit his success from his personal experiences including playing with the Hampton University football team.

Cooking Up Christmas premieres on OWN on Tuesday, December 15 at 9 pm.